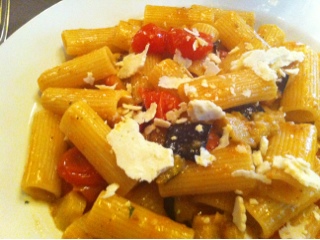 This was a bit of a mixed bag of a meal. We wanted something near to our apartment and this was only 1 stop on the tram and seemed to be well regarded on Trip Advisor. We arrived at about 8 and being as most Italians don’t eat til about 9pm it was a bit quiet to being with, but slowly filled up with locals as we ate. 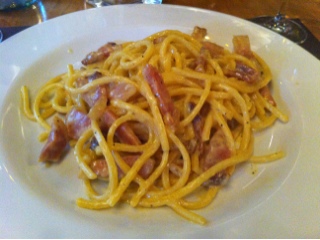 We had a glass of prosecco each, (only 3 euro a glass and it was really good!), I chose the tonarelli (square shaped freshly made pasta like spaghetti) carbonara and mr the rigatoni alla norma. The carbonara was unfortunately unbearably salty and I didn’t enjoy it – the rest was cooked just fine with crispy guanciale (like pancetta but not smoked and made from a pork cheeks) and the pasta was really fresh. A shame.

Mr’s dish was beautiful however as I had serious envy. The rigatoni was in a smokey tomato sauce with chargrilled aubergine and courgette and sprinkle with a sharp hard goats cheese.

We also couldn’t pass up pudding, an excellent authentic tiramisu and a little chocolate pudding with a melting chocolate heart and vanilla cream. 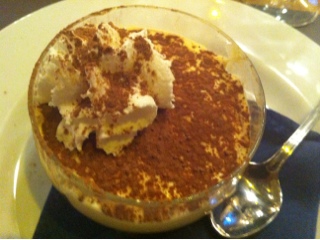 So I would say do go here but avoid the carbonara. The whole meal came to €36 which was a bargain. 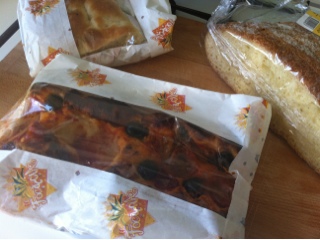 Bit of a random one here but I am quite impressed at all the good food the Italian branches of Spar stock.

We stopped off after a long day of sightseeing and filled up on sourdough, pizza Bianca, pizza Rosso, fresh local peaches, mozzarella, smoked cheese and some excellent olives. I was also impressed that they sell courgette flowers there. And in most  other supermarkets in Rome – even the tiny ones attached to train stations.

Oh and we also bought some tea bags because we were having tea withdrawal. Doesn’t quite taste the same as the stuff back home though… 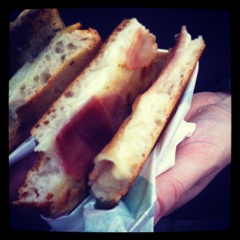 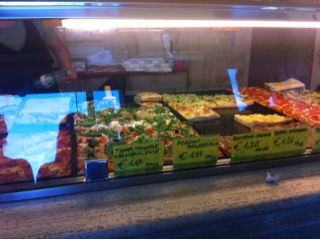 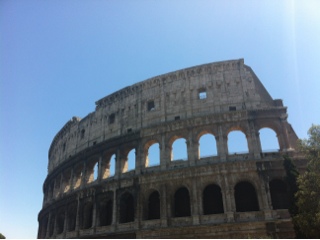 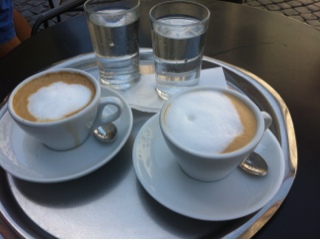 This is the best cappuccino both of us has ever had. The service may have been slightly rude and we did have to pay I think probably 1 euro more to have it outside at a table but it was totally worth it.

As the name suggests it is on Piazza di Sant’Eustachio, just near Piazza Navona. You can buy the beans to takeaway too, which I wish I had done. But we did come away with some beans from Tazza d’or which also made a decent (not the best) coffee. 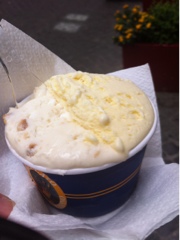 I’ve decided to blog on the go from Rome, using the blogger app which I hope will work ok. This also means I’ll write all the details down when I still remember them! 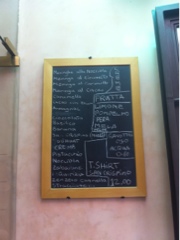 Today, our second day in Rome, we visited the San Crispino gelateria near to the Trevi Fountain. Written about in all the guidebooks I’ve read and several blogs.

From the picture you can see it is pretty hard to tell it is a gelateria, we walked past it trying to find it. It is on a small street, it definitely pays to walk a few streets away from the main attraction to get better food

I chose the hazelnut meringue and the honey gelato flavour, whilst mr went for the pistachio and the caramel meringue. Four euros for two scoops which is pretty dear but it was excellent, especially the meringue flavours.

There was a sign up saying if you fly from Fiumicino airport you can buy tubs to take back, in special containers to prevent melting. Shame we are going from Ciampino!

We’re going to try Giolitti later in the week which I think is just one shop rather than a small chain like San Crispino. Our host tells us Michelle Obama is also a fan. 😉 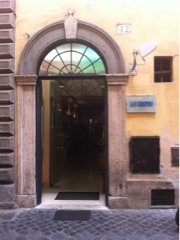 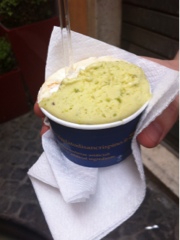