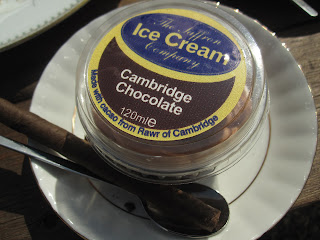 The Saffron Ice Cream Company are a small business not to far from me making fantastic ice cream from a little barn in the wilds of North West Essex. I thought I’d do a little shout out for these guys and my local readers! They have a regular slot at the Saffron Walden market on a Saturday and I’ve also seen their ice cream being sold in the Eight Bells pub and also my favourite new tea room, Teacake in Shepreth.

The focus is on mainly locally produced ingredients and seasonal flavours. They have a ‘seasonal flavour chart’ which tells you when the different flavours are produced depending on the time of year, which is such a brilliant idea, I love it. Right now Henham Honey & Lavender and Summer Strawberries & Cream are in season. They also have year round mainstays – Chocolate, Vanilla and Ginger. And even better the ice creams are produced without any horrible preservatives that you can’t pronounce.

If you spot them on your travels I urge you to try them out, they sell little and big tubs at the market, and also at these farm shops in Cambridgeshire.

Finding a decent Sunday Roast in Cambridge can feel like a bit of a mission sometimes, especially when you are as picky as I am. On one cold, rainy Sunday the only thing that was going to warm me up was a nice roast dinner in a cosy spot. I’ve been to the Chop House before and I was glad that I had the brainwave to go along to try their Sunday dinners.

The location, opposite Kings College, would make you think it is an awful tourist trap, and whilst it probably can be the food is really good, hurrah. Last time we visited I had some of their housemade sausages and mash, and a sticky toffee pud. 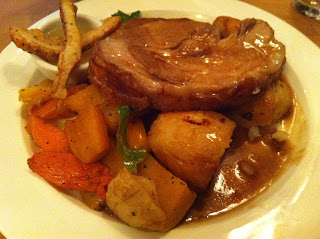 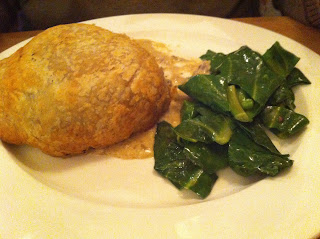 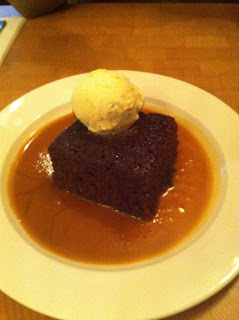 I had roast pork this time around and Mr had the vegetarian wellington. The pork was quite huge, with all the requisite veggies and extra crackling! The veggie wellington was nicely thought out- with a big mushroom inside, greens and other veggies, with a mustardy mushroom sauce and greens. We shared a sticky toffee pudding (to which the neighbouring table all exclaimed ‘wow’ when it arrived, I think they ordered one too).

I really like it here, the food is homely, well made and the puds to die for.  I was really glad to hear the waitress say they have taken over the Tickell Arms in Whittlesford, which is a stones throw away from home. We’ll definitely be going when it opens – they are blogging about the progress too – http://www.tickellarms.co.uk/

Other places for a Sunday Roast (we’re getting there..)
The Eight Bells, Saffron Walden
Clarendon Arms, Cambridge – yet to try out
The First and Last – review from Ireena over here.

On what I think has been the coldest day of the year, or maybe the last decade, so far we made the most excellent decision to finally try the much raved about Bibimbap on Mill Road, Cambridge. And it was such a good decision.

Formerly a not very good Chinese restaurant (I had the misfortune of going there once) Bibimbap House has been open for probably just under a year, and I’ve heard lots of good things about it from fellow bloggers Nora and Ivana.
As the name suggests, has one type of dish that it serves. I always like simplicity in a menu, it excudes confidence! There are 7 different kinds of Bibimbap, some veggie, some meat. Some come with an egg, some with sweet potato or ‘japchae’ noodles. Each bibimbap comes with a bowl of miso, pickled vegetables (I’m sure I’m getting the terminology wrong), creamed corn, and for a couple of lucky dishes you will get kimchi too. You are presented with it on a tray and in the centre a huge stone bowl, which keeps the dish hot, you mix everything together – add a bit of their homemade soy sauce or chilli sauce, and then tuck in.

I had the pork bibimbap which came with the most tender marinated pork I have ever eaten. It had a little chilli kick and was mixed in with sweet caramelised onions. Mr had the vegetarian japchae noodle bibimbap, which was a mixture of veggies topped with sweet potato noodles.

Everything was very good value, with 2 bibimbap, a coke and a corn tea for £18. I can’t wait to go back, and with a beautifully small menu I think it is achievable for me to eventually try every dish on it. Let’s hope so. 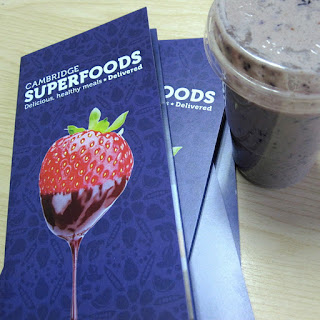 In between all the cake baking and eating out I do fit in some healthy meals. I get a veg box delivered every fortnight so our meals are very vegetable focused and despite being a bit of a fruit phobic I am trying to eat more fresh fruit during the day. I do still have to have some chocolate at least once a day. Moving on to topic, I’ve seen a lot of diet food delivery services popping up lately although most of them seem to be ready meals which don’t look all that healthy to me.

Recently Jenny from Cambridge Superfoods very kindly offered me one day trial of their healthy meal delivery service. They are quite different from the usual, all the food is made fresh the day before (the smoothies that morning) and ingredients are local where possible.

Your parcel of food is delivered to you each morning, every weekday for as long as you sign up to the plan. Jenny delivered to my work, I can tell you it is a very nice feeling having someone come and deliver all your meals for the day, one less thing to worry about doing!

I started off with a peanut butter, blueberry and banana smoothie, sweetened with agave syrup, the peanut butter made it very filling. Around 11am I got a bit peckish, and I had some lovely sweet pineapple slices to eat. 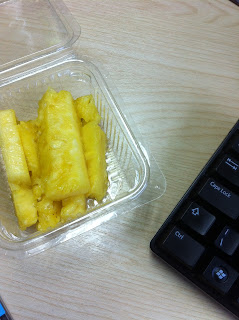 Lunch was a broccoli, pea, potato and goats cheese frittata with beetroot salad and mustard dressing (sorry about the awful photo taken in the office seating area). I warmed the frittata slightly and popped it back on the salad – a very filling lunch. I was feeling very virtuous at this point – and I hadn’t eaten anything other than what was in the parcel. 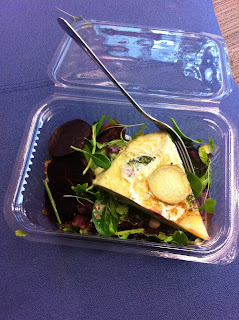 For the inevitable afternoon snack attack I was provided with strawberries dipped in dark chocolate. I was feeling the lack of carbs a little by now, which I think is a sign that I need to eat less of them! 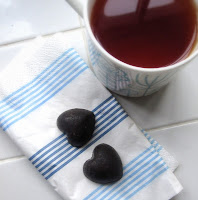 When I got home from work I had an extra treat which isn’t normally included in the parcel – some gorgeous little raw chocolate hearts, sweetened with agave and flavoured with vanilla. They were really nice, they weren’t bitter like normal dark chocolate. Lovely with a cup of redbush tea.

Dinner was definitely the highlight, and something I’ll be trying to make for myself when I have some time. Prawns marinated in olive oil served with a vegetable packed tomato and paprika sauce with quinoa and lots of crumbly feta. I fried the prawns for probably slightly longer than I should have done but they caramelised and were soft on the inside and crispy on the outside as a result. It was very filling and felt all the better for being good for you. 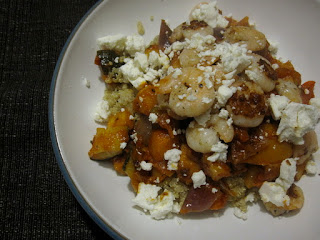 I really enjoyed trying this out but I think I’m an experienced enough cook to take on healthy cooking myself. It is however ideal if you are stuck in an unhealthy eating rut because of lack of time or cooking experience. Everything is so fresh and each day and week there is a different menu. 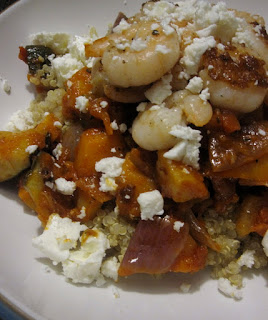 For more information about Cambridge Superfoods visit the site, Jenny delivers to most areas in and around Cambridge. http://www.cambridgesuperfoods.com

Update: The Jolly Scholar has now closed and has been replaced by the Cambridge Brewhouse, read my review here.

Since I heard the Jolly Scholar had opened I was quite keen to go, it was formerly the Bun Shop which is a pub that was crying out for new owners and refurbishment. The Jolly Scholar is very gastropubby, in the decor and the menu. Inside it is lots of oak, old style furniture and little Cambridge themed decor – ie the punt suspended on the ceiling. 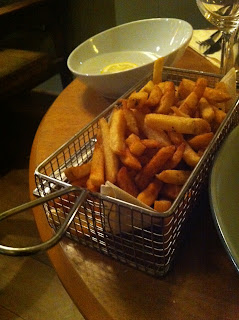 They popped up on Groupon recently so I bought a voucher, thinking that if it wasn’t up to much then at least it only cost me £12 for £35 worth of food. Anticipating it being very busy due to the voucher (our experience at using a Groupon for The Rice Boat taught us this) we booked for 6pm, although when we arrived it was pretty quiet – a good sign, or not? 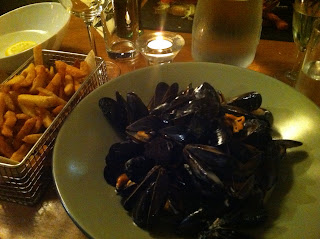 The Jolly Scholar is part of the same group as The Jolly Sailor in Orford – a very good place to find something yummy to eat, and of course a great place to find seafood. Mussels are one of my favourite things to eat so I ordered these, and Mr. Giraffe ordered the veggie burger (halloumi burger with other fried veg) with aioli & sweet potato chips. Both were good, a nice start. The mussels were very very fresh with a lovely white wine sauce and a slightly too huge portion of very nice crispy frites. The sweet potato chips that accompanied the burger were great too, they know how to do chips here. 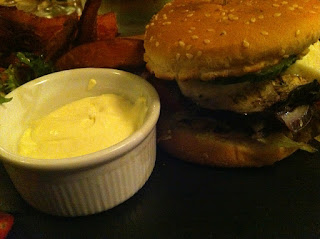 Unfortunately the puddings let us down. I had a broiche & marmalade bread and butter pudding, which was perfectly acceptable if a little soggy, I like my bread and butter pudding to have a crispy top. The custard was however homemade, not the flouro Birds stuff. Mr’s berry crumble was a huge disappointment, the berries were nondescript and mostly full of seeds and the crumble top was dusty and uninspired. Such a shame. 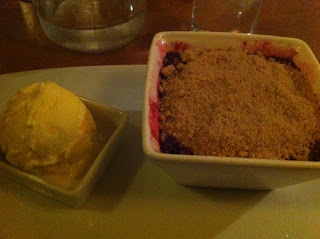 We loved the mains, but the puds let us down and so did the service. The restaurant was pretty quiet which only made the rather brash member of staff behind the bar barking orders at his staff sound even louder –  this also meant that the waitresses were quite nervous and obviously under undue pressure. 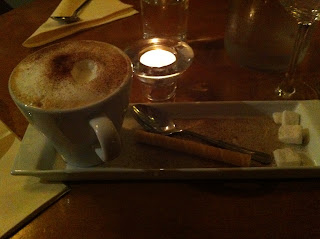 I don’t think I’d pay full price here, the whole experience wasn’t up to scratch despite the main courses being nice.